The Applications of FoodPec™ Pectin [Foodchem Own Brands]

Pectin is a kind of polysaccharide, and its composition includes two types of homopolysaccharide and heteropolysaccharide. They mostly exist in the cell wall and an inner layer of plants, and they are mostly found in citrus, lemon, grapefruit, and other peels. White to yellow powder, relative molecular weight is about 20000 ~ 400,000, and tasteless. It is more stable in acidic solution than in alkaline solution and is usually divided into high ester pectin and low ester pectin according to its degree of esterification. High ester pectin forms an irreversible gel in the range of soluble sugar content ≥60% and pH = 2.6 ～ 3.4. Part of the methyl ester of low-ester pectin is converted into a primary amide, which is not affected by sugar and acid, but it needs to combine with divalent ions such as calcium and magnesium to form a gel.

Pectin is divided into water-soluble pectin and water-insoluble pectin according to its solubility. The solubility of pectin is related to the degree of polymerization of pectin and its methoxyl content and distribution. Although the pH, temperature, and concentration of the pectin solution also have a certain effect on the solubility of the pectin, in general, the smaller the molecular weight of the pectin, the higher the degree of esterification, and the better the solubility. Similar to hydrocolloids, pectin particles swell first and then dissolve. If the pectin particles are not well separated when dispersed in water, the swollen particles will coalesce with each other into large pieces, and once the large pieces are formed, it will be difficult to dissolve.

As a food additive or ingredient, pectin is used in the food industry, which mainly plays the role of gelling, thickening, improving texture, emulsifying and stabilizing.

In the production of yogurt, different types of pectin have different effects. For example, the addition of high-fat pectin can stabilize the structure of yogurt, while the addition of low-methoxyl pectin can prevent the precipitation of whey. In the process of making yogurt, the dosage of pectin needs to be strictly controlled. Once a sufficient amount of additives is not added, the charge will be neutralized and the repulsive force will be dissipated. The structure of the dairy product will not be stable. It can only be continued to be added. After the new repulsive force is generated, the structure of the acid dairy product can remain stable.

High methoxyl pectin has extremely strong water absorption, which can not only increase the amount of dough but also improve the freshness, stability, and softness of the dough. Because the dough after adding pectin has better ductility, the baking volume of the bread will increase. For example, in the production of hamburgers, if the volume of the burger is kept the same, but after adding pectin, the amount of flour used to make the same volume of the burger will be reduced by 30%. In addition, bread made with pectin-added dough can extend the selling time of bread.

With people's emphasis on dietary health, low-sugar beverages in the market have become more and more popular today, but the taste of the beverages has decreased as the sweetness of the beverages has decreased. To this end, by adding 0.05% to 0.10% of high methoxy pectin, the taste of the beverage can be increased. High methoxyl pectin is a suspending agent. When it is added to beverages containing pulp, it can produce a gelation reaction with calcium ions, thereby reducing the hard substances caused by the precipitation of pulp, and evenly suspending the fruit particles in the beverage. In addition, it can also improve the taste of fruit juice. It not only overcomes the shortcomings such as poor pseudo plasticity, strong gelatinous smell, and high turbidity of sodium alginate but also plays a health role in strengthening the stomach and being exposed to lead poisoning.

Pectin is a polysaccharide substance that helps control blood sugar and blood lipids. At present, pectin products have been used in domestic medicines and health products, but the amount of pectin used is not large.

Different from other dietary fiber, pectin's structural characteristics make it have good water solubility and high viscosity. This soluble dietary fiber can remove food additives and metal residues from the human system.

In addition, there are also good water-holding and anti-radiation functions of pectin. Pectin can be used in plastic wrap, wet urine, cosmetics, and toothpaste.

In Europe and the United States, the main use of pectin is the gelation and thickening of fruit processed products, such as beverages, jams, salad dressings, etc .; and Japan and other countries are more used as protein stabilizers for acid milk beverages. Pectin is mainly produced in Denmark, the United Kingdom, the United States, Israel, France, and other countries. Asian countries have very little output, especially Japan, which consumes about 10% of the world's output because it has no manufacturers and completely depends on imports.

With the improvement of people's living standards and the repeated exposure of food safety incidents, people are paying more and more attention to food safety, and the call for healthy and nutritious food is growing. As a natural food additive, pectin will increasingly replace chemically synthesized or chemically modified non-nutritive or low-nutritive food additives such as sodium carboxymethyl cellulose (CMC-Na) and modified starch. Application in yogurt, beverage, jam, candy, jelly, etc. Therefore, we can see that the pectin market has huge potential, and the market demand for pectin will continue to increase. 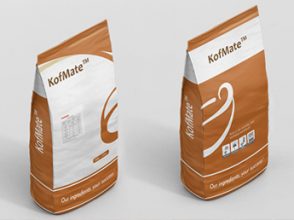 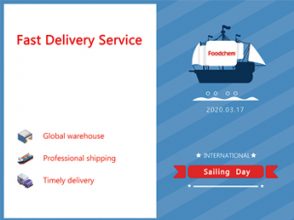