According to the latest report of Valuates Reports, by 2026, the global natural sweetener market is expected to grow from USD 22.49 billion in 2020 to USD 27.94 billion, with a compound annual growth rate of 3.7%.

Erythritol is currently the only sugar alcohol product on the market that is naturally transformed and extracted through biological fermentation. It is a zero-calorie sweetener, does not participate in human blood glucose metabolism, and has a sweetness similar to sucrose. Compared with synthetic sweeteners such as sucralose, erythritol can be classified as a natural sweetener; compared with natural sweeteners such as steviol glycosides, erythritol has a purer taste and no bitterness afterward. Recognized by consumers.

How to reduce the amount of erythritol?

In addition to providing sweetness, part of the fiber can also replicate the function of sugar. It can be used as a flavor enhancer, leavening agent, or bulking agent, and it can also increase the effect of promoting intestinal health in the product. The sweetness of naturally occurring inulin is about 10% of that of sucrose. If the inulin chain is shorter, the sweetness will increase. Short-chain inulin can provide 60% of the sweetness level of sucrose. It can partially replace erythritol to provide sweetness and volume. Another fiber that can be used to reduce the amount of erythritol is gum arabic. Due to its physical and functional properties, it is a good choice to increase the fiber content of food without compromising the appearance or flavor of the food. As a low-viscosity thickener, gum arabic can help compensate for the loss of volume, texture, and mouthfeel of sugar-reduced products, bring stability by reducing water activity, and improve softness and mouthfeel by increasing water retention capacity.

Another way to reduce the amount of erythritol is to add natural food flavors. Erythritol is generally used together with other high-strength sweeteners, and its main purpose is to reduce the bad taste of high-strength sweeteners. Natural flavors can provide aroma and supplement the real sucrose flavor that is missing when high-strength sweeteners reduce sugar, speed up the sweetening speed, eliminate sweetness and odors, and create a pleasant overall flavor, even if the amount of erythritol is reduced It can also ensure that the taste is unchanged. The main components of this type of natural flavor are usually glucosyl steviol glycosides, African arrowroot extract (Thomas) and so on.

Consumers’ interest in stevia is also growing. According to data from Innova Market Insights, the number of products containing stevia launched worldwide will increase by more than 16% annually from 2016 to 2020. In 2018, the global stevia market was US$637.1 million and is expected to reach US$1.1694 million by 2026, with a compound annual growth rate of 8.0% from 2019 to 2026. According to Ingredion's internal analysis, by 2028, the size of the global stevia market is estimated to exceed $1.6 billion.

In addition, on the corporate side, the Reb M, Reb D, and Reb AM stevia component extracts produced by Spececo through the biotransformation of stevia have received positive reviews from the European Food Safety Authority (EFSA) this year. Sweden's next-generation Bestevia Rebaudioside M (Reb M) stevia sweetener was approved in the European Union, and SweeGen's high-solubility and zero-calorie stevia solution, Bestevia Rebaudioside B, was approved by the US market as Generally Recognized as Safe (GRAS).

The global Momordica Grosvenor market was USD 39634 million in 2019 and is expected to reach USD 53217 million by 2026, with a compound annual growth rate of approximately 4.3%. Because it can be directly labeled as Luo Han Guo instead of an additive in the label, Luo Han Guo is considered to be a sugar substitute that meets the clean label. According to SPINS data, among the food and beverages with clean labels in the U.S. market in 2020, the usage rate of Momordica Grosvenor has increased by 15.7%. With a large number of health benefits, the market may gain greater growth momentum in the next few years.

In addition to its great advantages in blood pressure and blood sugar management, Luo Han Guo also has a certain relief effect on respiratory diseases including cough. In addition, it also has a high antioxidant content and a long shelf life. In terms of market, the Luo Han Guo market is divided into natural and organic markets. According to the region, the Luo Han Guo market can be divided into five main regions: Latin America, North America, Asia Pacific, Europe, and the Middle East, and Africa. The North American region is expected to make the greatest contribution to the Luo Han Guo market. The European market will be one of the most profitable markets in the next few years because consumers in this region have a great demand for natural zero-calorie sweeteners. The Asia-Pacific region, Latin America, and the Middle East and Africa markets will become regions with great potential. These markets have not yet been fully developed and there is a need for business expansion, especially the origin of Luo Han Guo, China.

In 2019, the FDA announced that psicose, a low-calorie sweetener, would be excluded from the labels of "added sugar" and "total sugar", and the calorie of psicose was set at 0.4kcal/g. This policy promoted the large-scale production and use of allulose. In North America, the number of new products containing allulose in 2020 has tripled compared to 2019. Future market insights predict that in 2030, the global market for allulose will reach 450 million U.S. dollars and will grow at a compound annual growth rate of 9.1%.

Although psicose is not currently available in China, some companies have begun the research and development, and production of psicose. Baolingbao launched plant-sweetened allulose at this year's FIC exhibition. The product has passed FDA's GRAS certification, and the product has high tolerance, does not affect blood sugar, weight control, antioxidant, and neuroprotective properties.

Other new sugar substitute products in 2021

At the beginning of the year, ADM launched SweetRight Low Sugar Glucose Syrup (RSGS) in the US market. It can replace traditional corn syrup in various applications, help expand and combine low-sugar formulas, and provide a viscosity comparable to traditional corn syrup for easy processing. When used with other high-intensity sweeteners, it can reduce sugar content by more than 30%.

SweetRight RSGS can be used in low-sugar ice cream to provide emulsion stability, as well as the freezing and thawing characteristics required to maintain the structure and texture of frozen foods. In addition, RSGS can replace part of sugar or syrup in baked goods, while maintaining moisture and consistent texture throughout the shelf life of baked goods.

DouxMatok released its first direct-to-consumer product, which features the use of Incredo Sugar, a new sugar reduction solution that can reduce sugar content by 30% to 50%.

The two limited editions Incredo Spreads launched in the United States have a total added sugar of nearly 50% less than other similar products, and also add fiber. Two tablespoons of Incredo Spreads also provide 30% of the recommended daily fiber intake. They are made from organic hazelnuts and are free of gluten and artificial flavors, colors and preservatives. Incredo Sugar is a characteristic of spreads. It is based on a reduced sugar solution made from real sucrose. It enhances the perception of sweetness by improving the efficiency of sugar delivery to the sweet receptor, so as not to affect the taste, mouthfeel or In the case of texture, the sugar content is greatly reduced, and it is suitable for applications such as cakes, snacks, biscuits, chocolate, candies, protein bars and baked goods.

At this year's SUPPLY SIDE WEST exhibition, Sweeten and its partner Conagen launched the Brazzein sweetener, which will be available in early 2022. This sweetener uses a patented precise fermentation process and can be produced in large quantities in a sustainable manner. It can be used in combination with Sweegen's stevia to obtain good synergistic advantage.

Supplant has launched Supplant sugar from fiber, which is a sugar substitute naturally found in plant fiber and has been proven to reduce calories in food. The company uses a patented method of using straw, stalks and cobs from corn, wheat and rice to make fiber sugar. It has been proven suitable for various categories, including baked goods, cereals, chocolate and ice cream.

According to the company, Supplant sweeteners can be caramelized, baked and cooked like traditional sugars, providing expansion, texture, structure, browning and sweetness. With 1.8 calories per gram of sugar and 4 calories per gram of sugar, Supplant is also prebiotic. Once produced on a fully industrialized scale, the price of Supplant sugar will be more competitive with traditional sugar because it comes from waste.

5) Fooditive: a sweetener based on banana waste

Tropical fruit processor Frutco has cooperated with plant ingredient supplier Fooditive to establish a new sweetener product based on a banana peel in Europe to reduce food waste. As part of the collaboration, Fooditive and Frutco are building waste and residue-based biological factories to process bananas and tropical fruits into fruit extracts and sweeteners.

The product will be positioned as a sustainable sweetener, which will help eliminate carbon emissions in the supply chain while being natural and healthy. It is a 100% sugar substitute and has shown outstanding performance in many applications such as chocolate, dairy products, and beverages. The ability of mature banana peels to be processed into 99.7% erythritol (E968) has been verified in the laboratory. In addition, “banana extract” (banana sweetener) can be produced through continuous fermentation. This form of ingredient avoids the regulation of additive number labels, thus providing a clean label alternative with very similar functions. 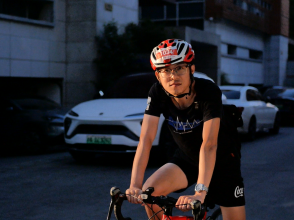