Tracey, Foodchem’s youngest lab specialist, graduated in 2010 and then entered to a biotechnology company, mainly focusing on globin and hemoglobin. When others could only extract the hemoglobin around 1.0%, Tracey and her colleagues were able to make it more than 4.5%. In early 2015, she turned to the study of hydrocolloids, mainly including Konjac Gum, Carrageenan and Xanthan Gum. She was also proficient in the applications of the hydrocolloids, such as meat, jelly, cosmetic (such as masks), dairy and dessert, especially the meat and jelly.

In the middle of 2018, Foodchem was in a progress of rebuilding Hydrocolloids R&D team, so they were desperate for talents. Daisy, the head of R&D department of Foodchem, got touch with Tracey more than 4 months. Tracey hesitated, but Daisy gave her confidence. Daisy took Tracey a tour to the lab and propagandized Foodchem’s visions and values, and Tracey was attracted by Foodchem’s spirits of open-minded and conscientious, she was motivated. Finally, at the beginning of 2019, Tracey made a big decision to join Foodchem as a R&D staff and continued her research on the applications of hydrocolloids and productions.

Tracey was always seeking for perfectionism, and she was not easy to satisfy about the samples. Once one of our sales representatives Ann brought an inquiry of Carrageenan from a Serbian trader, and Tracey faced a giant challenge of raw material. This Serbian trader sent Tracey a sample of a best-seller Carrageenan from Spain, and he wanted an improvement with a lower cost from Tracey. By innovative thinking, Tracey finished making the sample in one week, but she was not satisfied with the characteristic of her sample. She believed the sample could be more perfect, so she started to research raw materials for it. After sourcing more than 20 raw materials with different suppliers, Tracey kept improving the sample and eventually found one of them satisfied perfectly. This brand new sample overcame some disadvantages of the former one, which was no scent, lighter in color and injectable. She sent this sample to the Serbian customer, luckily, the sample was approved immediately. Yes, this is the whole story of FoodGel M159, a star Carrageenan product from Foodchem.

The admiration and approval from customers is the motivation for Tracey. When an Ecuadorian customer visited Tracey with a small gift of decoration, Tracey was happy and proud for days. She is fond of challenging, and she is excited for a new blending sample approved by customers while other suppliers could not make it. Meanwhile, Tracey desires the connection to the customers directly, because she says her R&D work originates from demands from the customers.

Stick to Long-termism: Realize a Change from Businessmen to Food Practitioner (I) Mar 01, 2021
Next: 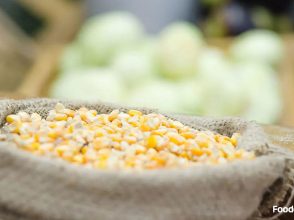 Corn: The Divergence Between Opinions Has Increased Mar 03, 2021