What Is Plant-Based Meat?

It sounds like an oxymoron, doesn’t it: Plant-based meat. That’s like jumbo shrimp or fresh dried fruit… only worse for meat-lovers. The very definition of meat is that it cannot be plant-based and yet, enter 2019 — the year I’m calling The Year of Plant-Based Meat.

What Is Plant-Based Meat?

Plant-based meat is meat made from plants. It is specially designed and created to look like, taste like, and cook like conventional meat. Plant-based meat can be in the form of a burger patty, nuggets, or even crumbles and sausages and as it grows more popular, these veggie-based alternatives are shaking up the meat industry and everything we thought we knew about veggie burgers.

With as significant an uptick as 26 percent in sales, plant-based meat has brought in $800 million in revenue in the last year alone. The more money it makes, the more restaurants want to pluck it on their menu and the more brands and options that crop up. Um, heck yes, gimme all the veggie burgers and plant-based meat alternatives, please!

The plant-based market exploded with vegetarian alternatives: there’s the Impossible Burger and Beyond Meat, both of which make burgers but also some other plant-based meats like sausages and “crumbles” that are designed to imitate, cook, and taste like ground meat. (Impossible is also developing fishless fish and plant-based steak, while Beyond is also working on a steakless steak recipe, as well as plant-based bacon.) You’ve also got LightLife, Before the Butcher, Abbott’s Butcher, and more, which make plant-based meat-like patties, chorizo, and crumbles.

We can’t forget about all the brands of chickenless nuggets out there — often quantified as meatless by removal of the “e,” as in “chick’n.” Brands like Raised & Rooted, Nuggs, and Morning Star make all kinds of plant-based nuggets, including traditional nuggets and buffalo wings that are as flavorful and as spicy as the real stuff.

What Are the Ingredients in Plant-Based Meat?

This is great and all, but you might be wondering just what these meatless alternatives are made from. It’s chickenless-chicken and beefless-beef, so what does that really mean in terms of ingredients?

Impossible Burger credits heme with what makes their burgers and meat alternatives taste so good — as in, taste like real meat. Heme is an essential molecule found in every living plant and animal. Impossible makes plant-made heme through fermentation of genetically engineered yeast. If you’re wondering if it’s safe, generally, it is, and it’s also sustainable. Other ingredients found in Impossible Meat include wheat-based protein, coconut oil, and potato protein.

Beyond Meat does a lot of work with incorporating pea protein and beet juice (to create a “bleeding meat” effect) into their alternatives. According to Business Insider, Beyond Meat has five main ingredients, but a total of 22. These include water, pea protein isolate, expeller-pressed canola oil, and refined coconut oil. Beyond Burgers contain 2 percent or less of:

Are Plant-Based Meats Healthier Than Conventional Ones?

A lot of meat-eaters want to know: Are plant-based versions of meat really all the more healthy? Yes and no.

Plant-based meat, however, is a better option in two major ways. First, eating these in place of red meat can help us — as a population — reduce our red meat intake, which is too high as it stands, with the average American eating 2.4 burgers per day. Secondly, plant-based options are more sustainable, environmentally-friendly, and are better for both our planet and our animals. 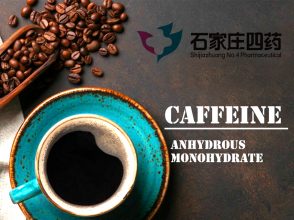 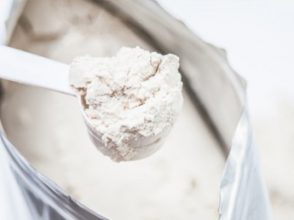 Research on the characteristics and application progress of sodium caseinate Sep 10, 2020